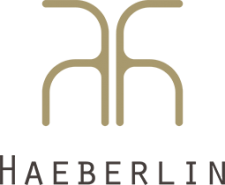 ...on the banks of the Ill, in a small village called Illhaeusern which, in Alsatian, means “Houses along the Ill”, the Haeberlin family opened a small country inn next to a farm.

They would soon enjoy the taste of the matelote with Riesling, fried fish, Chantilly meringue and fruit tarts. This inn, the Arbre Vert, was quite modest compared with the Auberge de l’Ill which succeeded it. But the food was already delicious. My great-grandmother Haeberlin was at the stove. She then passed on her apron to my great-aunt Henriette who, until her final days, taught us about the love of precise and good work. Henriette was supported by her sister in law, Marthe Haeberlin, a specialist in desserts and pastries.

During the hunting season, the menu was bolstered with hare and deer, supplied by the surrounding gamekeepers.
People came from Colmar, Sélestat and even Saint Dié and Strasbourg to try this simple and tasty local food. The Sunday customers, often people of note, were very loyal, like Mr. Peugeot, who regularly came to eat game meals. While the women were in charge of the kitchen, my grandfather Fritz was in charge of the farm and livestock. It was in this wonderful setting that the family’s two sons – Paul and Jean-Pierre – grew up.

At fourteen years old, my father Paul started an apprenticeship at the Hôtel de la Pépinière in Ribeauvillé, with Edouard Weber, former chef at the Tsar’s court in Saint Petersburg, for the King of Greece and in major bourgeois homes, including the Rothschilds.

My father was Mr. Weber’s spiritual son who detected and uncovered his talents as a great chef.

After Ribeauville, my father left to work in Paris, in two major restaurants, the Rôtisserie Périgourdine with the Rouzier brothers, and with Pocardi. He was instructed, trained, modelled and kneaded by hard and serious chefs. During this time, his brother Jean-Pierre studied at the École des Arts Décoratifs in Strasbourg in the company of Roger Muhl. Cooking did not interest him at all; he was more focused on gardening and painting, artistic tastes which were not well regarded in a rural setting where physical work reigned.

The Second World War broke out. My father was called up but was later discharged. He could then join the French Forces. My uncle, who was younger, was unwillingly conscripted into the Wehrmacht towards the end of the war and taken to the Danish front, where he was imprisoned by the Americans. Alsace painfully experienced the consequences of its dual culture. Each family had its “malgré-nous”, those who were conscripted into the German army: one of their sons was fighting under the French flag, and the other under the eagle clutching the swastika. .

The First World War had the same effect on many families. For my maternal grandfather and his brother, one was found in the French trenches and the other in the German trenches, just a few kilometres away from each other due to the dates of birth.

In 1945, the Illhaeusern bridge was bombed and the Arbre Vert was destroyed. Rebuilt at the end of the war, it became the Auberge de l'Ill.

The two brothers, combining their efforts and talents, transformed the site into a temple of gourmet food. In 1952, they earned their first Michelin star, and in 1953 my father married Marie Ittel from a distant village ten kilometres away, Wihr en Plaine. In 1957, they earned their second star and finally, in 1967, the ultimate award: the third. It was difficult, but the team’s hard work led to this prestigious accolade.

I am part of the fourth generation of chefs and I started working with my father and uncle in 1976. Some of our employees have been working with us for many years, like Daniel Rederstorff, head chef, who was my father’s first apprentice in 1954. He took classes with Fernand Point in Vienna, where my father never managed to enter, then he sailed on the France luxury liner before returning to us.
Serge Dubs, best sommelier in the world in 1989, has been at the Auberge since 1972,
Michel Scheer, the first Maitre d’, has been working with us since 1967.
Others are more unassuming like our secretary Mrs. Marguerite Claudon or the kitchen porter Ahmed Amzil, but without them nothing would work as well, as in a company like ours there are no small jobs. Everything, at every level, must be perfect, from the dishwashing to the plate placed in front of the customer.

Everything must deserve three stars: the welcome, the garden, the mail. When I return to the Auberge after visiting a colleague or a friend in the restauration service, I find something to work on and I feel that we have a long journey ahead of us. But I also know that if everything was perfect, it would be the beginning of the end. I hope that day never comes.

Our very loyal customers – sometimes from three generations – come from the region, but also from one hundred kilometres around, Lorraine, Basel, Fribourg, and not forgetting the Japanese, Americans or Belgians.

After dinner, our guests were disappointed that they couldn't sleep on site. So in 1992 we built the Hôtel des Berges, managed by my brother-in-law, Marco Baumann: eighteen rooms, including a small fisherman’s hut called “Matelote”.

Cooking is a wonderful line of work which requires regular soul-searching. Talent is not enough; you need to be able to listen to criticism, keep calm, realistic and humble: we are just good craftsmen like carpenters, blacksmiths or builders. Even if the press makes us into stars, sometimes. We must never forget that we have succeeded thanks to our fathers. In my case, it was thanks to my father and uncle, but also to Paul Bocuse, Jean and Pierre Troisgros, René Lasserre, Gaston Lénôtre, and Helmut Gietz, who managed the major establishments where I was lucky to work.

Behind the story of the Auberge, there is more than just a team: there is an extended family. It is made out of great professionals and passionate individuals who allow us to give the best to our customers on a daily basis.

So we thank, in particular, Jean Paul BOSTOEN (MOF 2011) and Jean Winter, assistant chefs, as well as Christophe FISCHER, pastry chef and Françis BELLICAM, his second. All 4 support me with their range of talents. In the restaurant, my sister Danielle BAUMANN can count on Alain SCHOHN (Head maître d’) and the other maître d’s Laurent SCHNEIDER and Patrick ZUCCOLIN, who provide service underlined with elegance. Wine is managed by the expert hands and nose of Serge DUBS (best sommelier in the world in 1989), assisted in his role by Pascal LEONETTI (best sommelier in France 2006) and Hervé FLEURIEL. Not forgetting the lush green setting which surrounds the restaurant, maintained with love by Hubert STEIB for many years.

To them and all employees at the Auberge de l’Ill who are part of our wonderful story: we would like to thank them deeply.

Closed on Monday evenings and Tuesdays.

Closed on Monday evenings and Tuesdays.

We have the pleasure to announce you that the Auberge de l’Ill are opening the 10th of june. 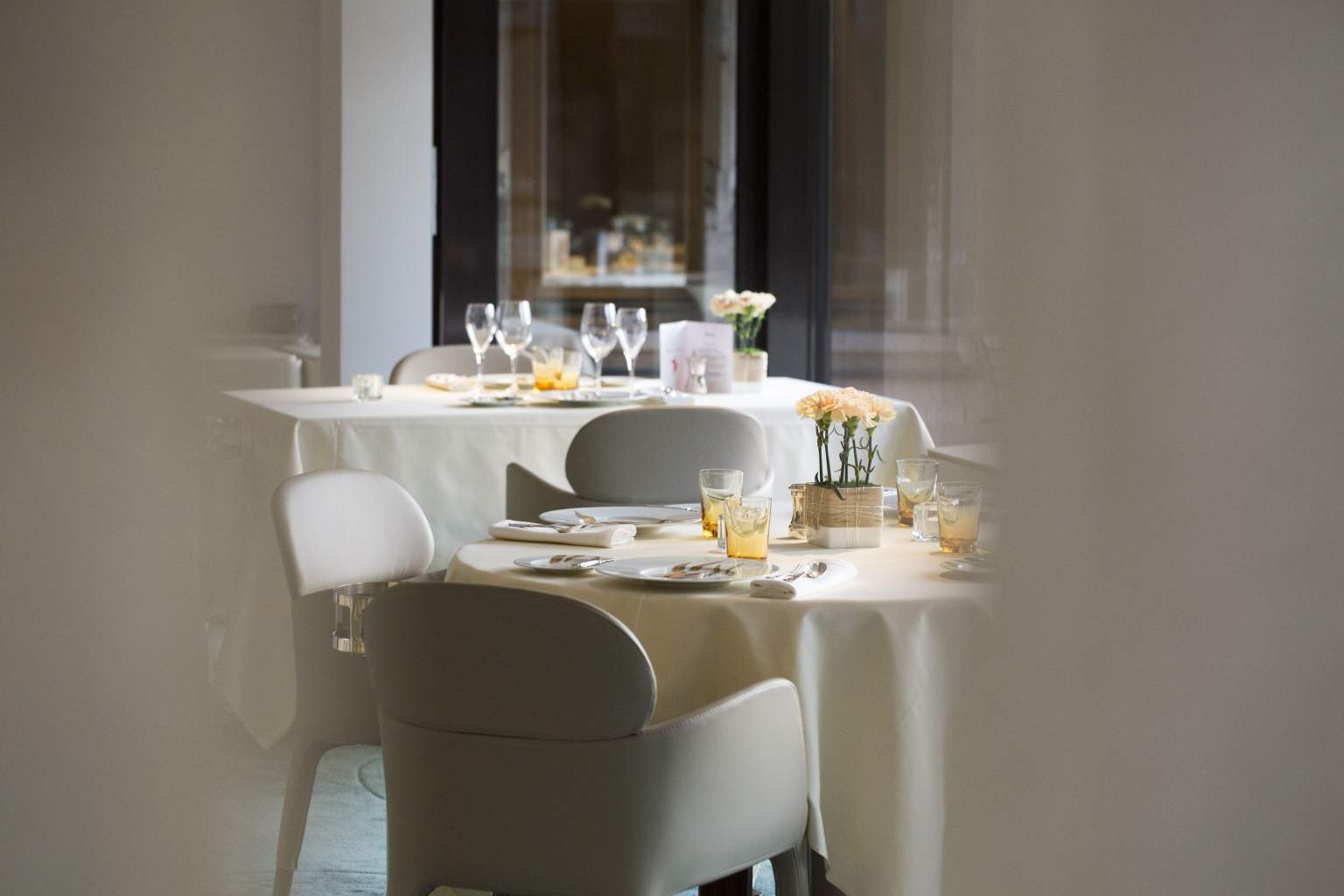 We are very happy to announce you the reopening of the Auberge de l'Ill and the Hotel des Berges on June 10th.

We are very much hoping to welcome you soon here in Illhaeusern.